First thing is first, grab a giant winter cup of coffee and let the planning begin!

We are working our way towards Finals. Then once Finals are over we all get a break! I wanted to share some of my review ideas that I either created or revamped for my secondary students. 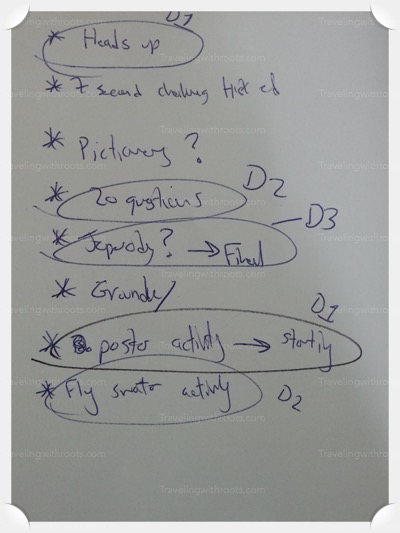 If you can read my chicken scratch then you can see that, ONE I cant spell and TWO I have several ideas listed for my three days of review. The first review game that I wasn’t sure if my kids would like but loved was the “Heads-Up” game. Now this was taken from a new app game. My kids were teamed up and had sheets of paper with vocabulary words. One student didnt know what the word was and had to guess the word based on the clues given. If they got it right they got a point. They also were timed. I only gave them about a minute. I wouldn’t give more than two minutes otherwise it would take took long for the other team and team members. It is a really simply game but the kids LOVED it.

The second game would be the Poster activity. This game was also easy. I took about 5-8 A4 (printer paper) and on each paper I wrote definition word. I then placed the paper around the room. Then I gave the teams (number of teams depends on the size of the class) 10 minutes. In those 10 minutes they had to, as a team, choose one paper and write everything they know about that word. They then switched the paper out for another. The goal was for them to get the most points for every piece of paper to win. A quick hint is to be sure that each team writes something and then puts their team name down. Otherwise it will be very hard for you to give them points. The kids also enjoyed this game and it was a good first game of the review days because I put things from the very start of the year all the way up to the end. I also told the kids that they couldn’t use their notes or textbooks. This made them have to rely on each other and make educated guesses when they weren’t sure. 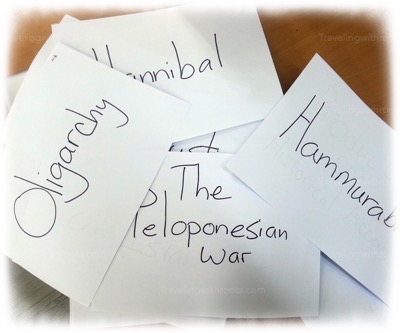 Now this isn’t really a review game more of a suggestion. Pay the money for a set of buzzers. If you have buzzers then you can quickly and easily make a review game. On the final day of review my kids will play Jeopardy. The buzzers help so much and the kids love being able to use them. It just adds to the fun.

The final thing that I did for these three days of review, is that I made the days themselves one big game. So for every day the kids work together in the same teams, they play games and do activities to earn points and on the final day after one big game (in this case Jeopardy) there will be a winning team. On the the projector I have a score board that tallies the points for each team. This allows me to add and take away if need be. I give them points for team spirit, teamwork, and being prepared. I take away points for being off task or simply not listening. Then of course I have built in points for every game we play, which makes the games more fun for the kids.

Though if the kids of course want a prize for winning. Knowing this and discovering something awesome one day at a foreign candy store, I put together a treasure box. 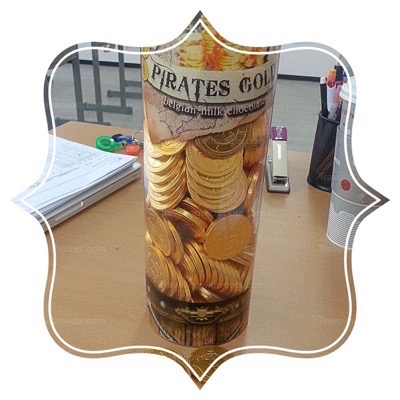 To get the kids excited (even my seniors), I placed a table up front of my classroom. Dumped the chocolate coins into a pencil box and scattered some around the box as though the treasure had been dropped out. Without fail when the kids came in the first thing they noticed were the coins. It got them super excited. Now they wont get the full treasure box until Wednesday but I plan on giving a coin out for daily winners. This will keep them excited. 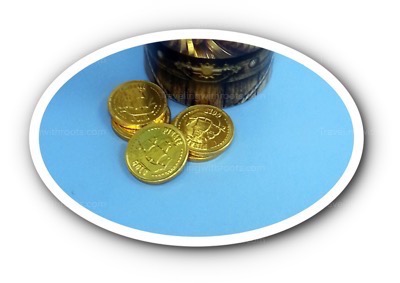 Of course, in the United States some schools have banned the use of candy as rewards. You do not have to use candy for the reward. In fact I went to Diaso (our Dollar tree) and picked up some mini notebooks, pens, highlighters ect that will also be given out with the coins. Overall the three review days only cost me $30 and that is primarily because the coins are not an everyday thing here in Korea. It might be too expensive for you but what is great is you can tailor make it to what works for you.

Ultimately, my goal for these three days of review was to get the students motivated to study, help the students study and also let them have fun and relieve pre-final stress with some games. Based on the feedback I received this first day of games I think I did a good job. 🙂