After three years living in South Korea, I’m leaving. In the big scheme of things three years is a short amount of time. However, living in a foreign country for three years impacts your outlook on many levels. I know that I will miss my students and my co-workers and just the overall foreign experience but it was time. This will probably seem like an extreme exaggeration but I felt like Korea was slowly killing me. My health was becoming poorly, with the micro-dust and overworking. I could honestly feel a difference from the first year in Korea to the third year. I also felt as though most of al that I could have done in Korea was done. Of course I could have done way more traveling, but in reference to work, I had  done everything I could.

So after three years, I am saying goodbye. Here is how I said goodbye.

People say Goodbye to me:

This might seem strange but this photo shocks me every time I see it. From letters to cakes, my kids and co-workers showed their love. I was not always the best teacher, I know that, but many of these letters show just how God used me (even through my weaknesses) in my three years here.

When I was cleaning and backing, I was unfortunate to only be able to find and buy the small bags. I think I probably had about 20-25 of these little bags to place outside to be picked up. The ones on the floor are general trash, the yellow ones above the drawers, next to the stove top are food bags. 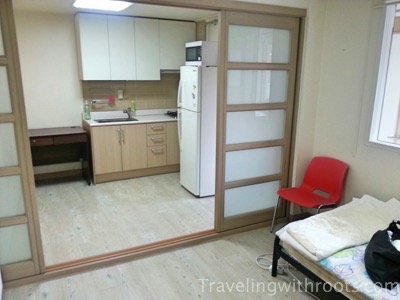 But somehow I got it done and cleaned.

Unexpectedly, I had to be out of my apartment the day after school was over. Therefore, I had to do some surfing at a couple of friends places. My friends are awesome! 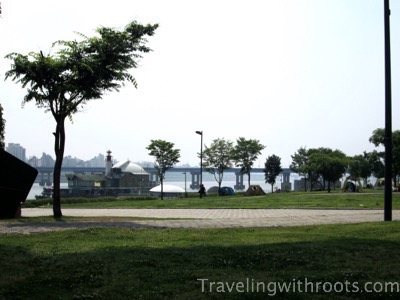 Koreans often bring their tents to the park, when they are going to stay for a long time, in order to protect themselves from the sun. We even saw a group of people projecting a movie or maybe it was a game in their tent once it got dark. 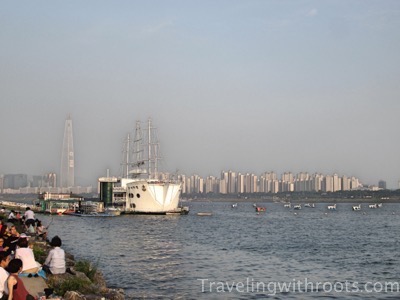 This has been something I have wanted to do for a long time! It wasn’t very easy but it was fun. 🙂

What would saying goodbye be without food?

And of course it wouldn’t be proper not to include…

….Some Mango Bingsu. I LOVE this stuff. I will definitely be figuring out a recipe to make when I am in the states. My friends were such good sports about getting this. We had eaten so much and yet they knew I wanted it. It was also my last night in Korea so it was a “now or never” event.

Even though saying goodbye is never easy, and even though I have had a lot of practice, I am kinda terrible at it. I am excited that I was able to spend some time with all the people that made Korea great. The great thing about living in the 21st century is all of our technology. It wont be as hard keeping in touch and checking up on each other.

Part of traveling with roots (there’s the website reference!), is having to also say goodbye when it is time to move and plant new roots. But I think Winnie The Pooh said it best;

“How lucky I am to have something that makes saying goodbye so hard.”