A part of me cant believe that it is almost Spring. This coming Sunday is Daylight Savings Time! …which means we lose an hour 😦

So this means I have made it through my first dreary Washington winter. When I arrived people kept telling me that winters are hardly ever hard. However, it seems as though I brought Korea’s rough winters with them because we still have snow in the forecast this week, after several snow days.

Washington is known for being gloomy. When I told people I was moving up here, many people gave me advice for handling the lack of sun (Vitamin D). I have to say that the biggest struggle was not the lack of sun during the day but the early nights. I really bothered me that it was dark by 4pm. This was a problem in Korea as well…arriving at work in the dark and leaving work in the dark (though both hours were reasonable hours). I have to say I am so excited to see the sun staying up almost all the way to 6 pm. 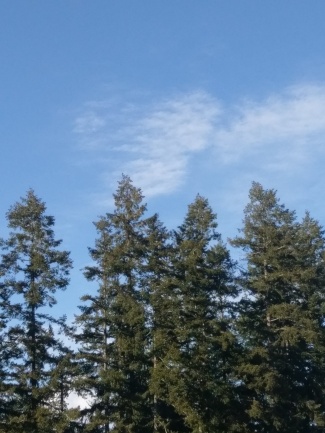 Some things that I did this winter to help me stay happy was reading. I READ A LOT! I also simply slept. Korea exhausted me (as I believe I have mentioned) and I was shocked by how much sleep I needed to catch up on. I spent time working out and just tried to keep my time somewhat busy. Also the biggest thing that I did was not staying in Washington for ALL of winter. I did take a trip to Texas. However, it was colder in Texas than it was in Washington…how that works I don’t know.

Though I think the biggest thing that I did to get through the winter here, was to enjoy the sunny days. So when it was sunny and somewhat warm, I went for a walk. Embrace the moments of sun! It makes the darker days better….hmmm that can kinda work for many other elements of life.